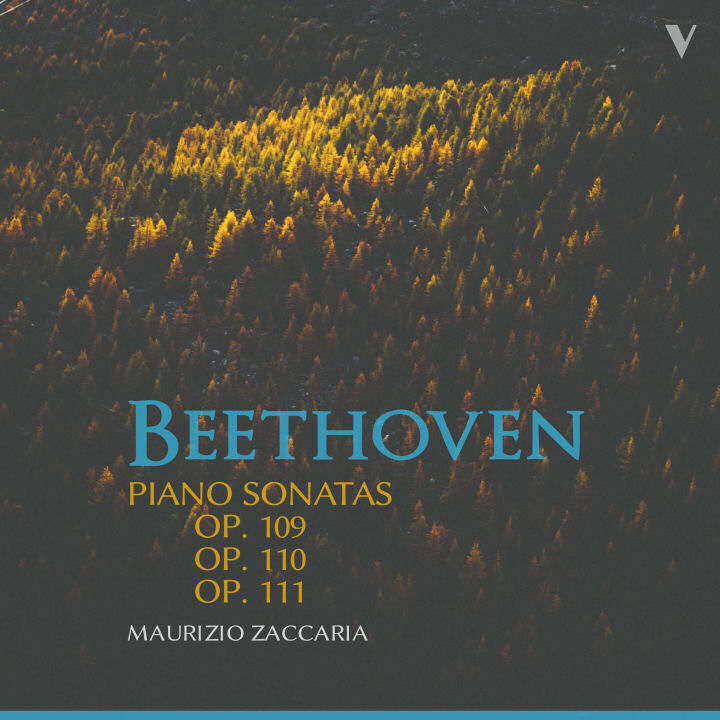 Ludwig van Beethoven's Piano Sonata No. 30 in E major, Op. 109, composed in 1820, is the third-to-last of his piano sonatas. In it, after the huge Hammerklavier Sonata, Op. 106, Beethoven returns to a smaller scale and a more intimate character. It is dedicated to Maximiliane Brentano, the daughter of Beethoven's long-standing friend Antonie Brentano, for whom Beethoven had already composed the short Piano Trio in B? major WoO 39 in 1812. Musically, the work is characterised by a free and original approach to the traditional sonata form. Its focus is the third movement, a set of variations that interpret its theme in a wide variety of individual ways.
The Piano Sonata No. 31 in A? major, Op. 110, by Ludwig van Beethoven was composed in 1821 and published in 1822. It is the middle piano sonata in the group of three (Opp. 109, 110, and 111) that he wrote between 1820 and 1822, and the thirty-first and penultimate of his piano sonatas. Though the sonata was commissioned in 1820, Beethoven did not begin work on Op. 110 until the latter half of 1821, and final revisions were completed in early 1822. The delay was due to factors such as Beethoven's work on the Missa solemnis and his deteriorating health. The original edition was published by Schlesinger in Paris and Berlin in 1822 without dedication, and an English edition was published by Muzio Clementi in 1823.
The Piano Sonata No. 32 in C minor, Op. 111, is the last of Ludwig van Beethoven's piano sonatas. The work was written between 1821 and 1822. Like other late period sonatas, it contains fugal elements. It was dedicated to his friend, pupil, and patron, Archduke Rudolf. The sonata consists of only two contrasting movements. The second movement is marked as an arietta with variations. Thomas Mann called it "farewell to the sonata form".[1][2] The work entered the repertoire of leading pianists only in the second half of the 19th century. Rhythmically visionary and technically demanding, it is one of the most discussed of Beethoven's works.
Maurizio Zaccaria continues his journey in the world of Beethoven's complete piano sonatas. His playing is characterized by unique readings and virtuosic flair, all perfectly in line with the sound and timbric resources of modern instruments.
The recording has been captured by sound engineer Alessandro Simonetto. The instrument used is a brand new Steinway grand D-274.