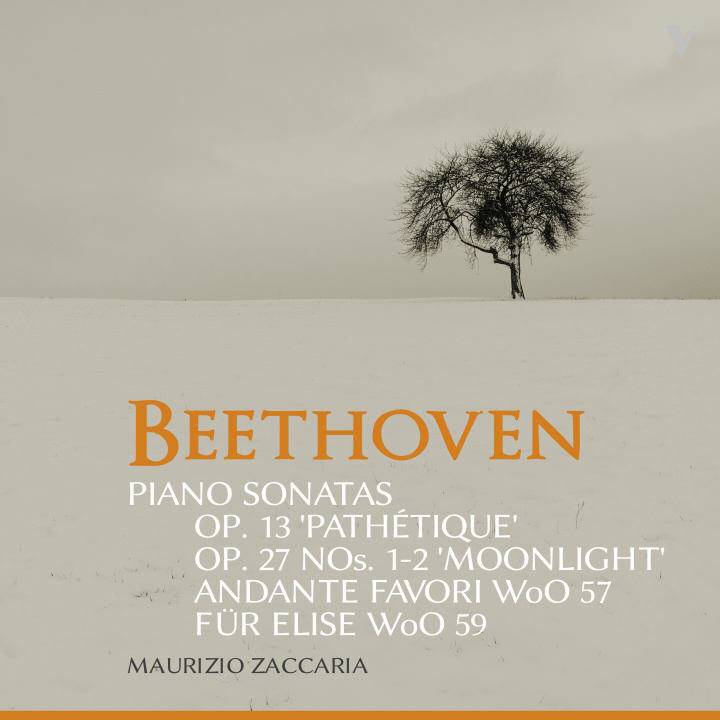 In the first decade of his career as a published composer, Ludwig van Beethoven completed an enormous amount of music. Some of the most beloved sonatas for piano belong to this prolific period, marked not only by the desire to be acknowledged as an emerging composer of his time, but also by wonderfully creative inspiration and innovation. All of these sonatas are crucial in the way Beethoven understood both musical forms and the possibilities of the piano as the new household instrument. The Sonata in C Minor, Op. 13 was published in 1799 by Eder as âGrande sonate pathÃ©tiqueâ â a title not by Beethoven but by the publisher, and which the composer nonetheless liked (Eder found the pieceâs dramatic sonorities greatly affecting). The frontispiece indicates that the work is composed for harpsichord or piano - to increase sales, since many people in Vienna still owned harpsichords (all the sonatas for piano that Beethoven published until then were sold as works written for both instruments). Here Beethoven experiments with novel ideas about form in the outer movements - innovations which will influence contemporaneous and future composers.
The Two Sonatas, Op. 27, composed in the year 1800, were subtitled by Beethoven âSonata quasi una fantasiaâ for the freedom with which their structures were conceived. Both sonatas present unusual features â the first, in E-flat major, almost cyclical, structurally evokes a fantasy wherein different movements are played without interruption. The structure is made more complex by the return of slow movement at the end of the work, before the closing coda. The second sonata, in C-sharp minor, presents two movements in sonata form - the first an Adagio, and the second featuring unusual harmonic relations between the two main thematic blocks. Franz Liszt aptly proclaimed that the second movement, a simple minuet in the key of D-flat major in ABA form, is âa flower between two abysses.â The second sonata from Op. 27 was nicknamed Mondschein (âMoonlightâ) by the German critic Ludwig Rellstab in 1835, as its first movement evoked in his mind the silvery moon reflecting on the placid Lake Lucerne.
The album leaf in rondo form known today as âFÃ¼r Eliseâ was composed in 1810 and published posthumously in 1867, forty years after Beethovenâs death. It has become one of the composerâs most beloved and recognizable works, and possibly one of the most frequently performed and recorded works for piano today. The title comes from Beethovenâs dedication in the now lost manuscript â âFÃ¼r Elise am 27 April zur Erinnerung von L. v. Bthvn" ("For Elise on April 27 in memory of L. van Beethoven"). Though many speculations have risen, the identity of Elise has not been established with certainty.
Maurizio Zaccaria (Massenet, J.: Complete Piano Music - AE16003 AEVEA; Gershwin, G.: (Complete) Published Piano Works - AE17032 AEVEA), begins his music journey exploring the Beethovenian universe with his integral Piano Sonatas (32 + 4) in a view that is something original, explosive and fully pianistic.
All the set was and will be recorded on two Steinway's grand D-274 by sound engineer and producer Alessandro Simonetto (OnClassical), in perfect stereo 88.2x24-bits, using historical microphones.