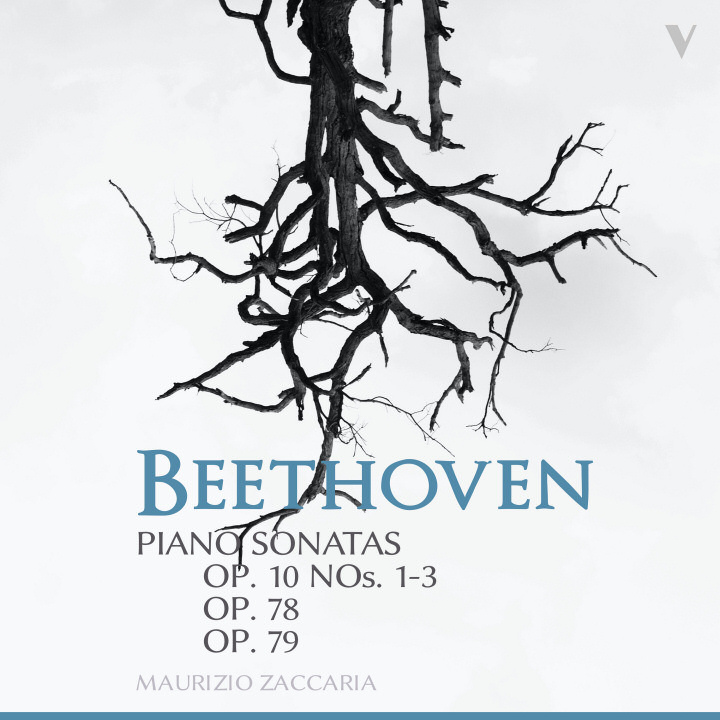 This album explores some of Beethovenâa smaller-scale sonatas - the Three Sonatas, Op. 10, from the first-period; and two works from the middle period (the Sonata Op. 78, in two relatively brief movements, and the Sonata Op. 79, the shortest of the three-movement sonatas.
The Piano Sonatas Op. 10, composed in 1796â98, present Beethovenâs urge as a young composer to push the boundaries of already old-fashioned archetypes, in the use of the rondo-sonata form, but also in the quintessentially orchestral writing of the third sonata.
The two-movement Piano Sonata in F-sharp major, Op. 78, 'Ã  ThÃ©rÃ¨se', and the Piano Sonata No. 25 in G major, Op. 79, 'Cuckoo', were both written in 1809. According to Carl Czerny, Beethoven himself considered Op. 78 and the 'Appassionata' Sonata as his favorite. Upon completing the Sonata Op. 106 âHammerklavier,â he proclaimed it as being one of his favorites. The nicknames of the Sonatas are not originally by Beethoven.
Maurizio Zaccaria (Massenet, J.: Complete Piano Music - AE16003 AEVEA; Gershwin, G.: (Complete) Published Piano Works - AE17032 AEVEA), begins his music journey exploring Beethovenâs universe with his complete Piano Sonatas (32 + 4) in an interpretation that is original, explosive, and fully pianistic.
The project is recorded on two different Steinways D-274 by sound engineer and producer Alessandro Simonetto (OnClassical), in perfect stereo 88.2x24-bits, using historical microphones.