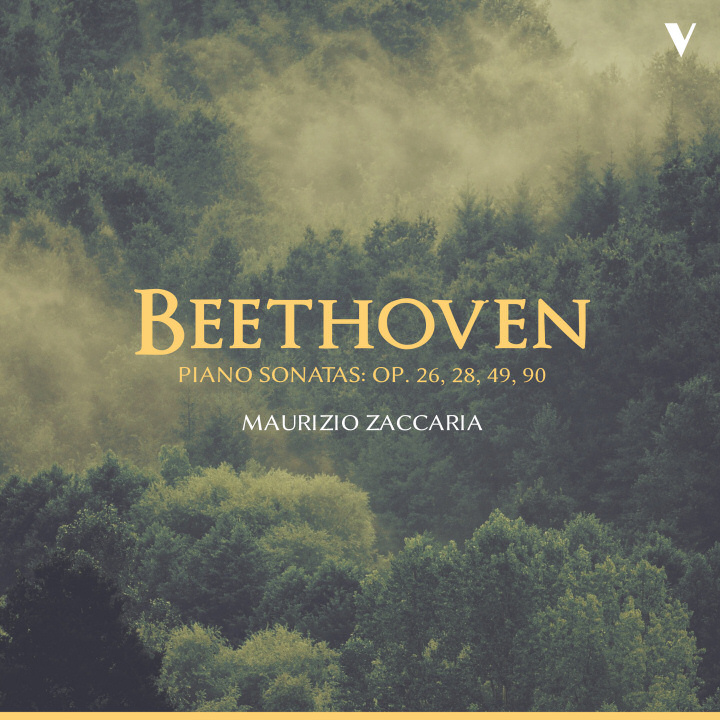 Ludwig van Beethoven composed his Piano Sonata No. 12 in A-flat major, Op. 26, in 1800â1801, around the same time as he completed his First Symphony. The structure of the sonata is unconventional in that the piece opens with a relatively slow movement in the format of theme and variations. The third movement incorporates a funeral march, clearly anticipating the watershed of the Eroica Symphony that Beethoven wrote in 1803â1804. This is the only movement from his sonatas that Beethoven arranged for orchestra, and was played during Beethoven's own funeral procession in 1827.
While not as famous as its immediate predecessor, Piano Sonata No. 14, No. 15 in D major, Op. 28 was known as 'Pastoral' or 'Pastorale', and published in 1801. The sonata is in D major, and follows the typical four-movement form of the classical sonata.
The Piano Sonata No. 19 in G minor, Op. 49, No. 1, and Piano Sonata No. 20 in G major, Op. 49, No. 2, are short sonatas, published in 1805 (although the works were actually composed a decade earlier in 1795-1796).
Piano Sonata No. 27 in E minor, Op. 90 was written in the summer of 1814 â Beethoven's late Middle period. Beethoven's previous piano sonata, popularly known as 'Les Adieux', was composed almost five years prior to Op. 90. Beethoven's autograph survives and is dated August 16. The sonata was published almost a year later, in June 1815. The piece consists of just two movements with performance instructions in German.