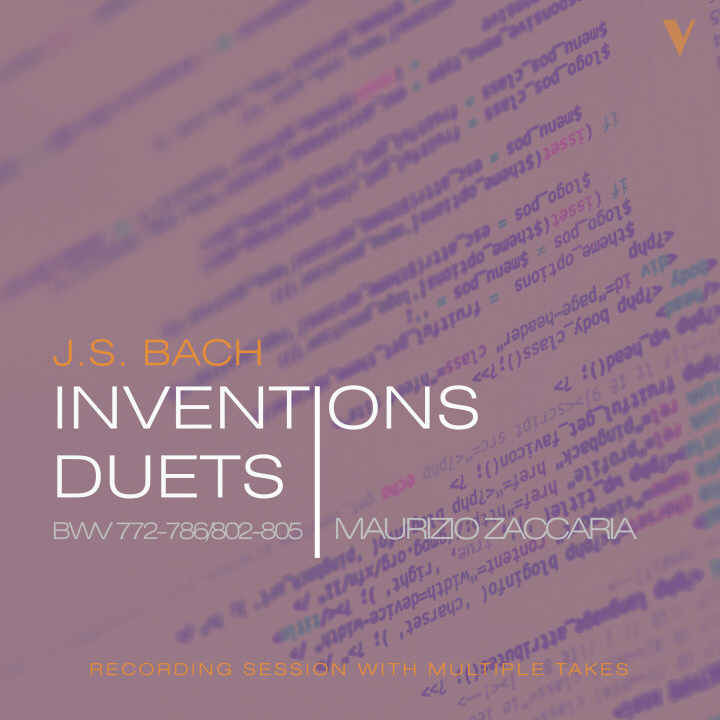 The Inventions and Sinfonias, BWV 772â801, also known as the Two- and Three-Part Inventions, are a collection of thirty short keyboard compositions by Johann Sebastian Bach (1685â1750): 15 inventions, which are two-part contrapuntal pieces, and 15 sinfonias, which are three-part contrapuntal pieces. They were originally written as musical exercises for his students.
The four duetti BWV 802â805 were included at a fairly late stage in 1739 in the engraved plates for Clavier-Ãbung III. The use of the term duetto itself is closest to that given in the first volume of the Critica Musica (1722) of Johann Mattheson: a piece for two voices involving more than just "imitation at the unison and the octave". The purpose of the Bach's Duets has remained a source of debate.
We thought it interesting â if a little controversial â to include different takes of the Inventions and Sinfonias that pianist Maurizio Zaccaria played during the same recording session. Each take is unique, with its own shades and nuances. The works selected during this session, but also chosen based on the number of plays and shares (playlists) [this release is, in fact, only destinated to the streaming], will constitute the albumâs âofficialâ version, soon to be released. A video version of the same recording session featured here will follow.
The recording was done using Bruel & Kjaer microphones, two pairs, and Prism Sound preamps and converters in the Saletta Acustica 'Eric James', Italy.