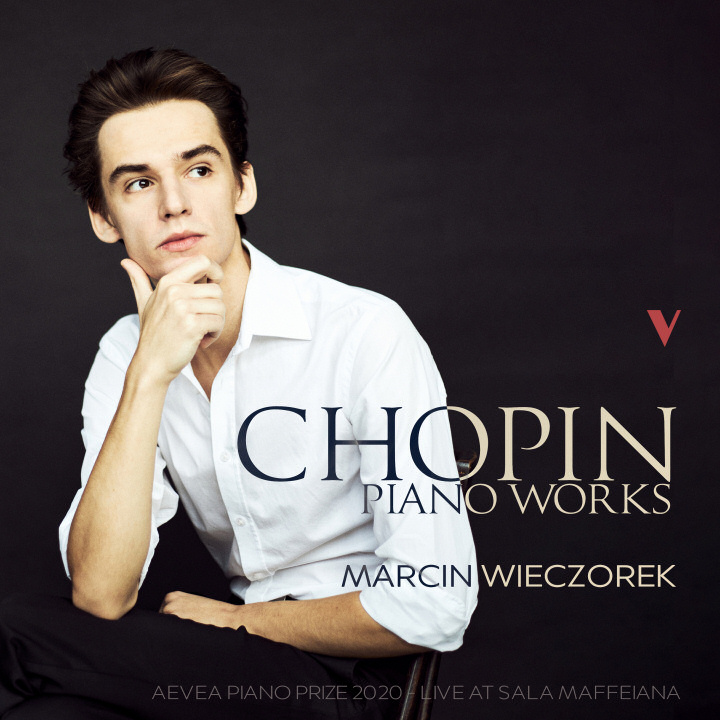 Marcin Wieczorek was born in 1996. He has studied during master studies under the tutelage of prof. Stefan Wojtas at the Academy of Music in Bydgoszcz and during bachelor studies under the tutelage of prof. Ewa Poblocka and doctor Pawel Wakarecy. He has won top prizes at more than 20 national and international Piano Competitions.
He is winner of Leschetizky Piano Competition in Germany, winner of 'La Palma dâOro' Piano Competition in Italy, winner of the Subcarpathian International Chopin Piano Competition in Poland and prize winner of competitions such as Luciano Luciani, 'Nuova Coppa Pianisti', Euregio Piano Competition and AEVEA IPC (Chopin Prize), to mention a few.
Marcin has participated in many international masterclasses with renowned pianists, in particular with Dang Thai Son, Kevin Kenner, Eugen Indjic, Norma Fisher, Dina Yoffe, Dimitrii Alexeev, Janusz Olejniczak and Katarzyna Popowa Zydron.
He has given concerts around the world, in a United States, Germany, Austria, Croatia, Italy, Switzerland, Hungary, Spain, Czech Republic and Poland - in venues such as Polish National Radio Symphony Orchestra Hall in Katowice (NOSPR), Lutoslawskiâs Studio in Warsaw, a National Philharmonic, Pomeranian Philharmonic or LÃ³dz Philharmonic.
Marcin has recorded for Polish Radio and Polish Television. He is a recipient of scholarships from the Mayor of the City of Bydgoszcz, the Mayor of the City of Radom and Rector of the Academy of Music in Bydgoszcz.
This live performance took place during the AEVEA IPC (II/2020, onclassical.com/app/) and was recorded as HD/24-bits by producer and engineer Alessandro Simonetto by using 8 (eight) Bruel & KjÃ¦er and Neumann microphones. These recordings are part of the Aevea Piano Prize, and their sale are important in order to support future editions of the competition.