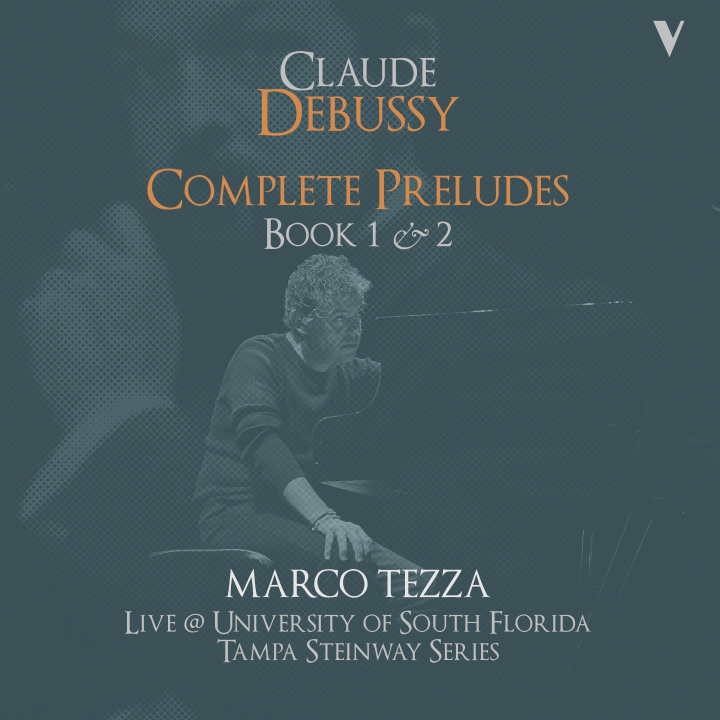 Claude Debussy's PrÃ©ludes are 24 pieces for solo piano, divided into two books of 12 preludes each. Unlike previous collections of preludes, such as those of J.S. Bach and Chopin's Op. 28, Debussy's does not follow a strict pattern of key signatures.
Each book was written in a matter of months, at an unusually fast pace for Debussy. Book I was written between December 1909 and February 1910, and Book II between the last months of 1912 and early April 1913.
The titles of the compositions were suggested to Debussy after the compositions was written, not before. This is why he wrote the title at the end of the composition. Two of the titles were set in quotation marks by Debussy because they are, in fact, quotations: Â«Les sons et les parfums tournent dans l'air du soirÂ» is from Charles Baudelaire's poem Harmonie du soir ("Evening Harmony").
As usual on his many concerts around the world, pianist Marco Tezza makes large use of colors and dynamics, creating visual sonorities and a vibrating sound material.