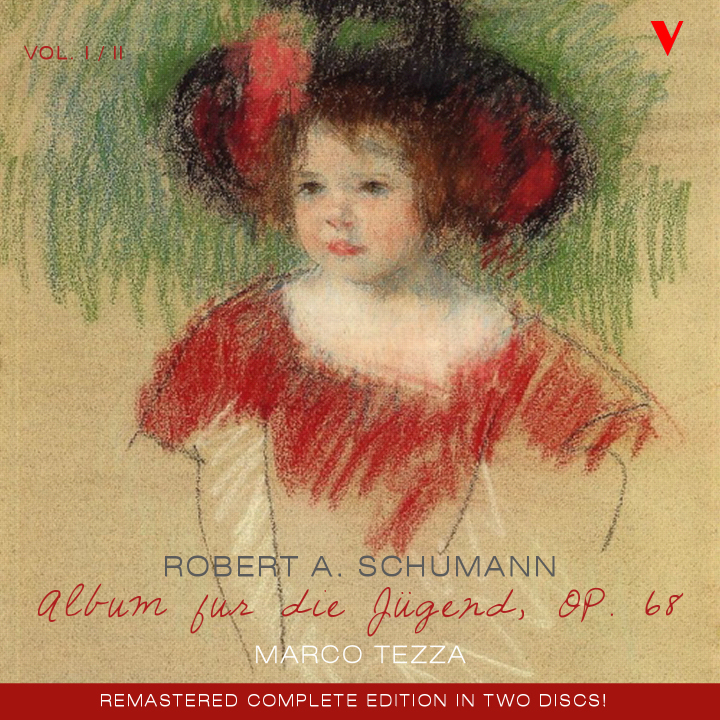 Not satisfied with playing the whole Opus 68 Marco Tezza also investigated in German archives to find out the pieces Schumann composed for his daughter Marieâs seven birthday, and other pieces, printed in 1924 and 1958, revisited by Clara after her husbandâs death.
This integral version is quite original. Says Cesare Galla: "Facing such a huge musical material, the pianist has chosen linear evidences in sound but great flexibility in phrasing. In this way he gets two goals: he underlines the essential poetry, but doesnât banalize idiom, thus always supporting shapely phrases, not rethorical but full of nuances, impetuous when necessary, but also capable of a really significant tenderness. In this way the wide range of the recital is supported by a focused communicative tension, which hits the center of the style of this kind of music: not banalizing its semplicity, but not going beyond its intimate meaning. In a word Tezza gives an adult interpretation, but able to remind us of childhood on keyboard."