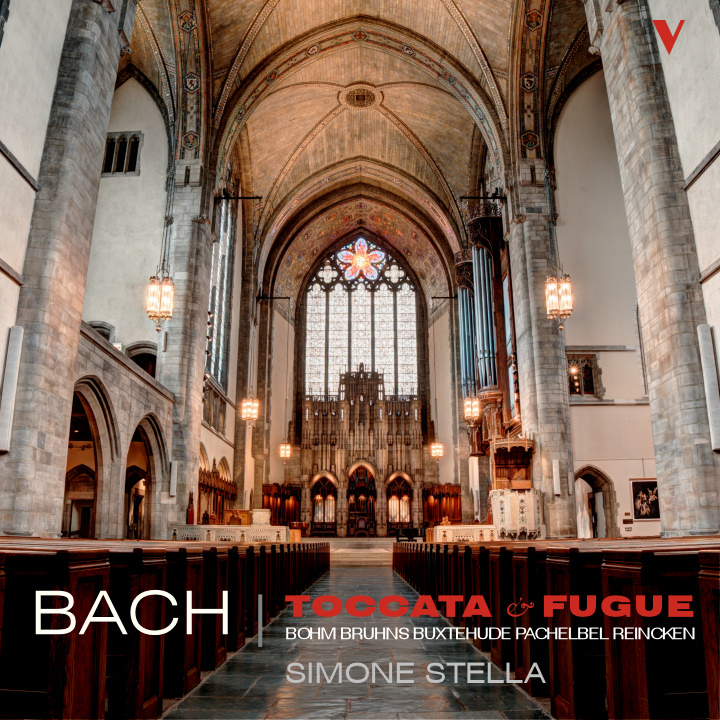 A particularly appetizing album for the lovers of the king of instruments. It containts some of the most notable music of the Baroque era, including the famous Toccata and Fugue BWV 565.
The virtuoso Stella gives us a fresh and invigorating reading of these memorable pages, such as the Pachelbel's Chaconne, the Buxtehude's Passacaglia, the Prelude and Fugue in E minor by Bruhns, in a recording that is a trip among the composers who mostly inspired the genius of Weimar.
The sound of the 2-klavier Zanin organ and of the Church of St. Antonio Abate are perfectly captured by Simonetto using Neumann microphones and pre / AD signed Prism Sound.

The King of Instruments, as praised by Mozart, unveils its beauty through an invigorating reading of some of the most notable music of the Baroque era, such as Toccata & Fugue! ‐