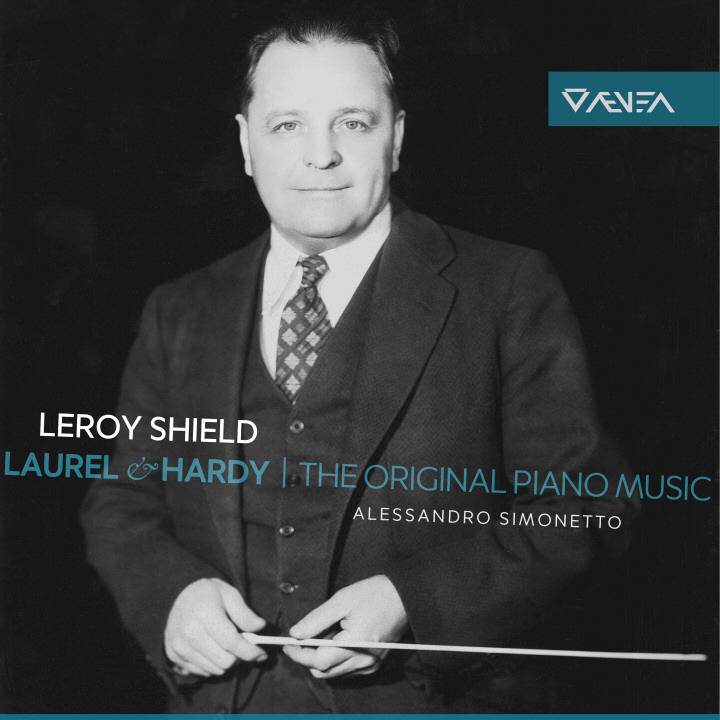 "This album recreates the atmosphere and feeling of the 1930s comedies from the Hal Roach Studios, the âLot of Funâ where Laurel & Hardy, Our Gang, Charley Chase, The Boy Friends and Thelma Todd created their biggest successes. These short films were usually enlivened by the catchy background tunes composed by LeRoy Shield (1893-1962). Although the titles of these tunes remained known only to insiders, the music is all too familiar to anyone who ever saw Stan and Ollie embark on one of their doomed journeys. Trained as a classical pianist, Shield eased into the new medium of film music with apparent ease and knocked off dozens of short, catchy background tunes in record time. It is not funny âcomedy musicâ in itself; rather, it ranges from slow, sentimental ballads to uptempo dance numbers. Sometimes, there are echoes of Stravinsky, Satie and Casella! Tracking down original sheet music took years of detective work. For the first time in history, this cd contains renditions of original piano music and original piano transcriptions made by Shield himself â written before the orchestral versions were recorded â of tunes such as âAll Togetherâ, âLittle Dancing Girlâ, âGangway Charlieâ, âRiding Alongâ, and âThe Moon and Youâ. It also contains piano transcriptions of Shieldâs background tunes from 1930-31 as originally published as loose-leaf sheet music: âBellsâ, âYou Are The One I Loveâ, âIn My Canoeâ, âOn to the Showâ, âRiding Alongâ and âGood Old Daysâ. Originally published in 1931 but impossible to find today, the "LeRoy Shield Song Album" is a collection of ten popular film background tunes transcribed for piano: âPreludeâ, âBrideâs Songâ, âHere We Goâ, âLook at Him Nowâ, âCascadiaâ, âDash and Dotâ, âLetâs Goâ, âAnticsâ, âGive Us a Handâ and âIt Is to Laughâ. The CD also contains in first world release the reconstruction of the piece 'Snowing', written appositely for the film Laughing Gravy; and the complete set of effects and short melodies named as 'Goofs', including some unheard and never included pieces.
The CD will be accompanied with liner notes written by the historian Piet Schreuders, well known among the Laurel & Hardy fans!
Pianist Alessandro Simonetto, praised by the composer of Charles Spencer Chaplin, Eric James, as an immense talente, has just recorded "Early and Esoteric Works", a 3 CD-set containing all the piano music by Erik Satie written before and during his mystic period (1887-1897).
The recordings of "Laurel & Hardy: The Original Piano Music" has been made originally @ 176.4kHz * 24-bits using Sennheiser & Neumann mics, pres/AD by Prism Sound, in real stereo tecnique with any mastering addition!