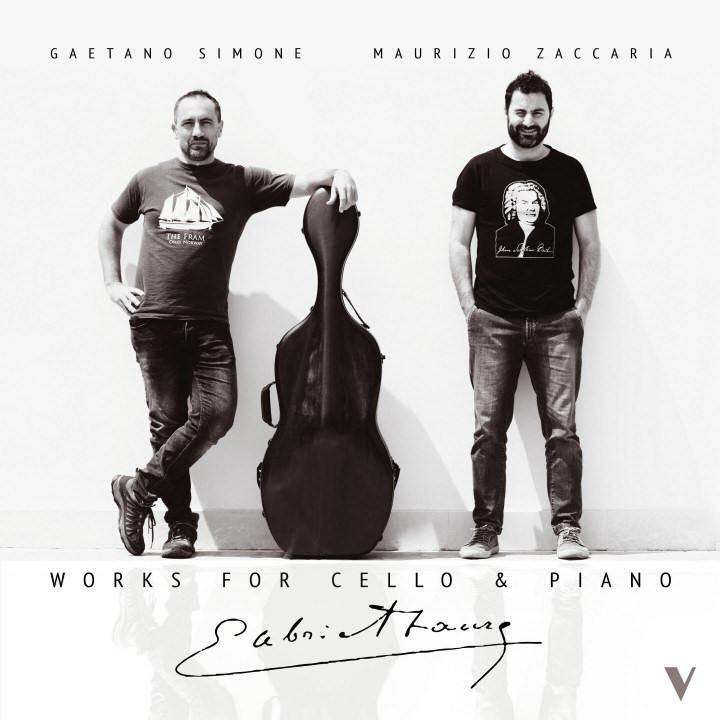 When Gabriel FaurÃ© set out to compose his two sonatas for cello and piano, his hearing was no longer there to serve him. The progressive loss had started a few years earlier, in 1911, degenerating into severe deafness by the time of his death. Sounds, especially in the treble register, were greatly distorted. It is no wonder that these two magnificent works concentrate on the lower and middle registers. As a result, the music is darker than earlier compositions, meandering, at times even sinister; linear counterpoint is rife with chromaticism, dissolving harmonic tensions in unexpected ways. Curiously, the structure is also reduced to a bare minimum, with compact movements that rarely achieve the substantial lengths found in earlier compositions. The first Sonata for Cello and Piano, in the key of D minor, was composed in 1917, with GÃ©rard Hekking and Alfred Cortot giving the first performance that same year in a program that also included the composerâs Second Violin Sonata. The second Sonata for Cello and Piano, Op. 117 was composed in 1921. That year, FaurÃ© had been commissioned to write a funeral march in commemoration of the hundredth anniversary of Napoleonâs death. The theme of the March remained in his mind as it made its way into the slow movement of the new cello sonata. FaurÃ©âs struggling health prevented him from completing the outer movements until November of that year, and the sonata was premiered by Hekking and Cortot in May 1922.
Alongside the two cello sonatas, much of FaurÃ©âs music for cello consists of short, intimate works. The haunting ÃlÃ©gie in C Minor, Op. 24 (1880) is perhaps the most celebrated of these compositions: a nostalgic opening develops into a heroic middle section, transfigured into a tragic outburst in the recapitulation. Papillons, Op. 77 was written at the request of FaurÃ©âs publisher, Hamelle, who was enthusiastic about the success of the ÃlÃ©gie. Penned in 1884, it didnât appear in print until 1898. Though the composer wanted to call it âPiece for Cello and Piano,â Hamelle insisted on a programmatic title, calling it âPapillonsâ (FaurÃ© is reported to have not been particularly impressed by the choice). The Romance, Op. 69 was originally conceived as a piece for cello and harmonium, and titled âAndante.â The work was eventually adapted for cello and piano in 1894, and the static accompaniment of the harmonium was turned into a garland of sixteenth-notes in the piano version. The highly popular Sicilienne, Op. 78 was first an orchestral composition, written in 1893 for a theatrical production that was later abandoned. Five years later, FaurÃ© revisited the piece and transcribed it for cello and piano. The Serenade, Op. 98, composed in 1908, features some of the intricate harmonic fabric that characterizes his late works. It was written as a gift to cellist Pablo Casals, on the occasion of his engagement to cellist Guilhermina Suggia - though the two never married. Lastly, two well-known transcriptions complete the program - the Berceuse, Op 16, written in 1879 originally for violin and piano, eventually transcribed for violin and orchestra; and one of FaurÃ©âs most beloved pieces - âAprÃ¨s un rÃªve,â the first of his Three Melodies, Op. 7 for voice and piano, composed in 1878. Pablo Casals transcribed the song for cello and piano in 1910, and the piece immediately found a special place in the repertoire.
Gaetano Simone (cello) and Maurizio Zaccaria (piano) have been concertizing extensively for many years in Italy and abroad. This is their first recording project as an ensemble. The performance is passionate thanks to the particularly warm and powerful sound of the cello, a XVIII c. David Tecchler restored by Emanuele Fabio Fortunato.
The recording was done using two pair of BrÃ¼el & Kjaer microphones and Prism Sound equipment.