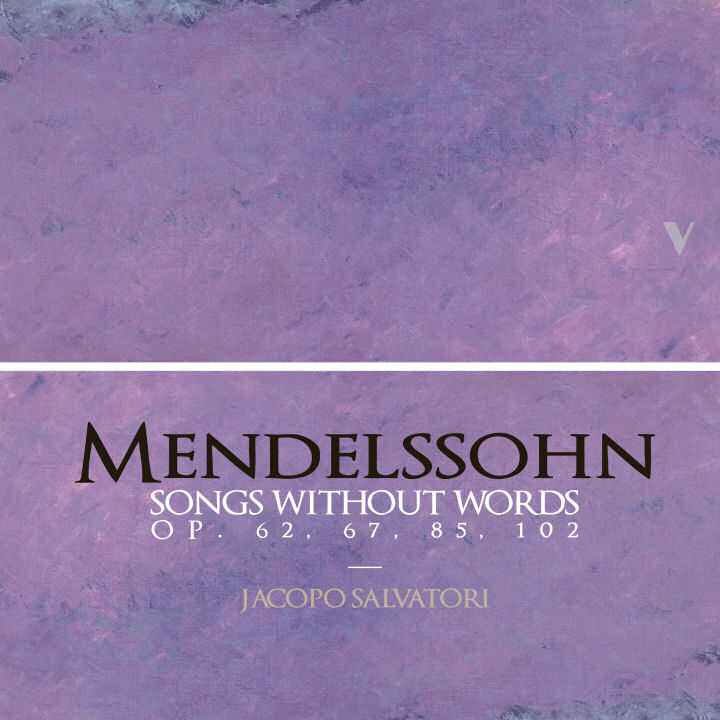 Songs Without Words (Lieder ohne Worte) is a series of short lyrical piano pieces by the Romantic composer Felix Mendelssohn, written between 1829 and 1845. The eight volumes of "Songs Without Words", each consisting of six pieces (songs, lieder), were written at various points throughout Mendelssohn's life, and were published separately.
Mendelssohn's sister, Fanny Mendelssohn, as such as other composers, also wrote pieces in the same genre in the years to follow. The piano became increasingly popular in Europe during the early nineteenth century, when it became a standard item in many middle-class households.
The pieces are within the grasp of pianists of various abilities and this undoubtedly contributed to their popularity.
Jacopo Salvatori performs these gems in a passionate and delightfully varied way, characterising each work in a refined way.
The recording was done using two couples of microphones (Sennheiser and Bruel & Kjaer) and Prism Sound equipment over an historical Steinway D-274.