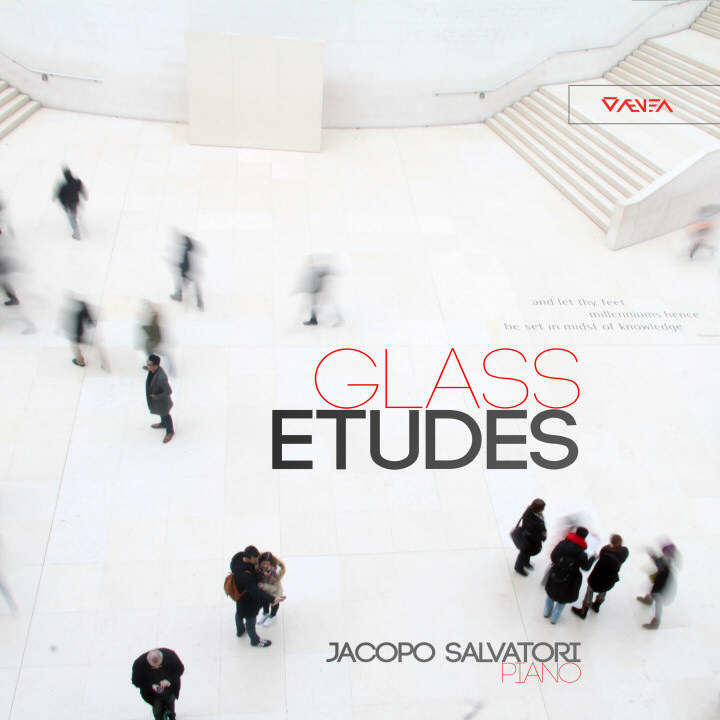 Philip Glass's 20 Etudes combine the composer's iconic poetics with the demanding pianistic writing which is proper of the virtuoso repertoire. Each Etude possesses its own particular character to interpret as the expression of a particular feeling: a moment in the day or an atmosphere.
The first Book consists of ten lively and energetic pieces. Definitely related to rhythmic patterns, the Etudes here feature a rich metric variety and are structured in a rather straightforward way. The second Book moves toward a more conceptual sphere: the whole series is permeated by calm and intimacy, and the rhapsodic, varied form now carries the listener to a more meditative and affective world.
Although written in a time span of about two decades - between 1991 and 2012 -, they can also be considered as a pair of long cycles which follow a proper horizontal dramaturgy with some recurring patterns and harmonies. The experience of listening to the two series, as a whole, is then very interesting.
Interfacing the complete recording of Claude Debussy's piano works, pianist Jacopo Salvatori decided to alternate with something different, but no less exciting: the Complete Piano Music by Philip Glass. Salvatori's pianism fits beautifully with the textures of this particularly careful version of the Glass Etudes.
The recording was done in perfect stereo with a matched pair of rare B&K/DPA at 130 volts.