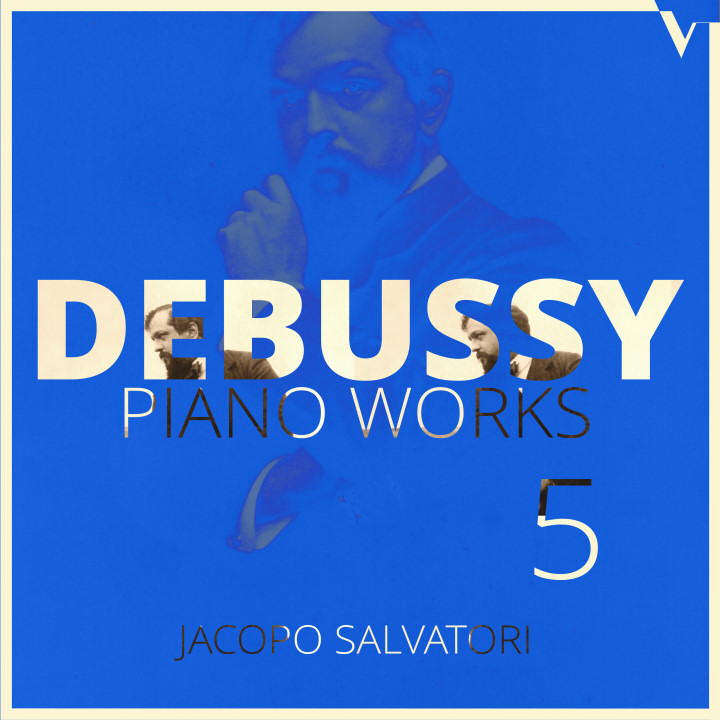 This album features pieces written during Claude Debussyâs last years of activity. Six Ã©pigraphes antiques (1914), composed originally for two pianos and here in the piano solo version by the author, blends together Debussyâs late stylistic devices with the aesthetics of earlier piano collections such as Estampes and Images OubliÃ©es. A large part of the musical material derives from the authorâs accompaniment music for Pierre LouÃ¿sâ Les Chansons de Bilitis, composed in 1901.
Commissioned by the painter AndrÃ© HellÃ© who also illustrated the score, La boÃ®te Ã  joujoux (1913) is one of the authorâs three ballet pieces. The childrenâs theme is dear to the author, who eventually dedicated the piece to his beloved daughter Emma, whom he used to call âChouchouâ.
Due to the worsening of his health condition, Debussy could not see its premiere, postponed to 1919 after the end of World War I. Jacopo Salvatori is pianist and composer. Based in Germany, he combines together his passion for new music with his dedication to the classical repertoire.
The recording was made using a couple of historical BrÃ¼el & KjÃ¦r in NOOS set. It is fully natural and native as 88.2/24-bits.