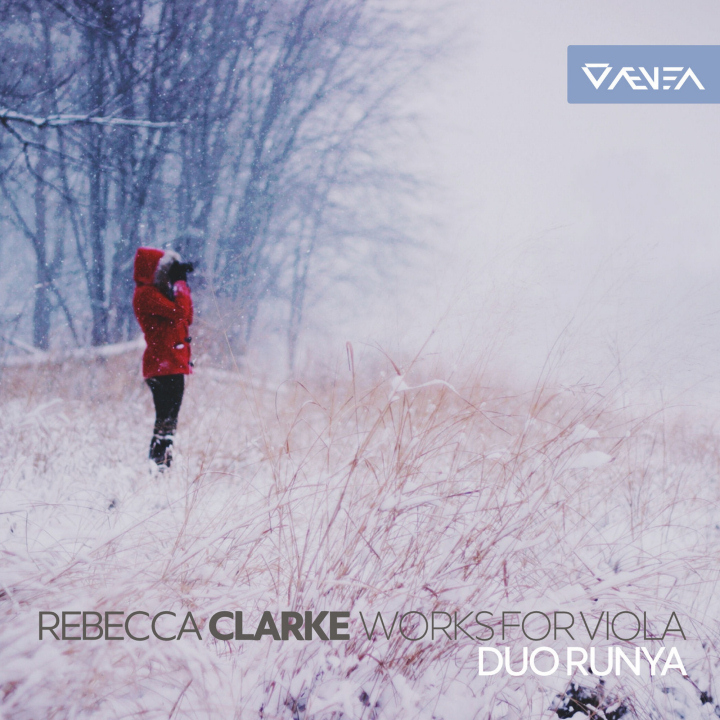 Rebecca Clarke (27 August 1886 â 13 October 1979) was an English classical composer and violist best known for her chamber music featuring the viola.
Clarke moved to the United States in 1916, after being disowned by her father. She had been supporting herself with some success as a soloist.
Rebecca Clarke's Sonata for Viola and Piano is first known of in 1919, when the composer was 33 years old. The piece had its premiÃ¨re at the Berkshire Music Festival in 1919, and was well received. Furthermore was published in 1921 by Chester Music. Because of the many different obstacles the piece presents, as well as its highly idiomatic writing, it is becoming more and more a staple of the violist's repertoire.
Rebecca Clarke wrote little and a large portion of her works features the viola. Much of her music was written for herself and the all-female chamber ensembles she played in.
The impressionism of Debussy is often mentioned in connection with Clarke's work, particularly its lush textures and modernistic harmonies. The Viola Sonata (published in the same year as the Bloch and the Hindemith Viola Sonata) is an example of this, with its pentatonic opening theme, thick harmonies, emotionally intense nature, and dense, rhythmically complex texture. The Sonata remains a part of standard repertoire for the viola. Morpheus, composed a year earlier, was her first expansive work, after over a decade of songs and miniatures.
The "Passacaglia on an Old English Tune", also from 1941 and premiered by Clarke herself, is based on a theme attributed to Thomas Tallis which appears throughout the work. The piece is modal in flavor, mainly in the Dorian mode but venturing into the seldom-heard Phrygian mode.
The Runya Duo, formed by sisters Diana and Arianna Bonatesta, is perfect in giving sweetness and femininity to this music. Their remarkable harmony and fusion makes them look like a single musician!
The perfect recording by Alessandro Simonetto is free from any mastering addition.

Duo RÃ¹nya turns in a performance of ravishing beauty and quiet intensity, admirably captured by the microphones. [...] Stand-out items in a most welcome programme devoted to this gifted composer-violist. All in all, something of a treat. ‐Andrew Achenbach Classical Ear **** (04/07/2016)

This fiery reading by the Roman sisters Diana and Arianna Bonatesta. Italian sisters enter ably into Clarke's English idiom. The recording is perfectly balanced, allowing for plenty of detail that often gets obscured. ‐Carlos MarÃ¬a Solare

This is a volatile, passionately committed performance, the ebb and flow of energies managed with instinctive fluency. Violist Diana Bonatesta relishes the marvellous range of timbres so expertly written into the score. ‐

An alluring compositional voice that works on many levels. There's the dreaming, whimsical side, the uncompromising grasp of structure, the impressionistic fascination with image; this portrait of her chamber works from Duo Runya is a welcome novelty. ‐Hannah Nepil