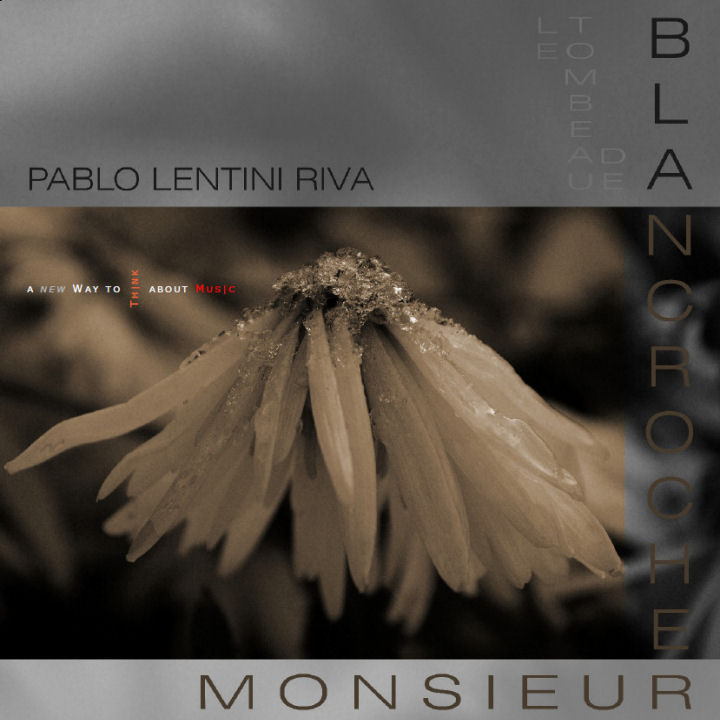 The logic behind the inclusion in the CD of the four tombeaux of Denis Gaultier, Froberger, Couperin, and Dufaut is revealed when we see to whom it is dedicated: the amateur lutist Charles Fleury de Blancrocher who died in 1652 from a fall down stairs. He was a friend and patron of the four musicians.
It is the modern guitar that brings us once again this music - once played on the lute of Gaultier and Dufaut and the keyboard of Froberger and Couperin - embellishing it with its own style and language.
According to French logic Pablo Lentini Riva also performs the second Suite of Bach for cello, adding a third instrument to change the music again. The feelings and emotions raised by the death of a friend are relived with expression and depth. The musician artfully uses all the instrument's possibilities to give tone and dynamism to the performance that fully adheres to the expressive logic of the era.
(Text added in February 2010) This new version of Le Tombeau De Mousieur Blancrocher, more ample, contains the only composition we know of this composer: the Allemande, LâOffrande. Other new tracks: the Suite No. 9 in d minor and La Plainte (Tombeau des Mesdemoiselles de VisÃ©e) by Robert de VisÃ©e and a piece by renaissance composer Robert Ballard.
This renovated album is an exhaustive collection of Tombeau's dedicated to Mr. Blancrocher.