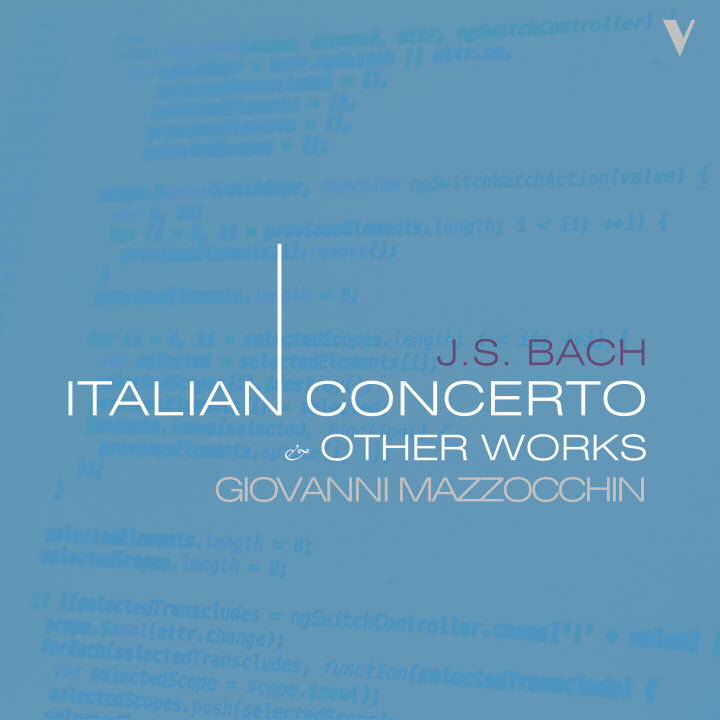 This double album presents an chronological overview of Johann Sebastian Bach's keyboard output. Alongside mature works, such as the Italian Concerto and the Chromatic Fantasy and Fugue, proposed here are various early works of considerable interest, such as the Capricci BWV 992 and 993, and the Sonata BWV 963. In these shorter works Bachâs brilliant compositional skills are already evident, even though they might not reach the perfection of later, more substantial creations.
This album can also be considered a compendium of the most important musical forms used by Bach throughout his career. Consider, for example, the quintessentially Venetian concertante form found in the Concerto in the Italian Style (an original work by Bach) and in the Concerto BWV 972, the latter a transcription from one of the concerti from Antonio Vivaldi's Estro Armonico. Another crucial form in Bachâ keyboard music is the suite in the French tradition, represented here by the captivating (and rarely performed) suites BWV 820, 823, and 833.
Worthy of particular attention is the triptych titled Prelude, Fugue and Allegro for Lute or Cembalo, BWV 998, a work of distinguished stylistic maturity.
Young Italian pianist Giovanni Mazzocchin (Beethoven, L. van: Late Piano Sonatas, Op. 101, 106 'Hammer-Klavier', 109, 110, 111; Handel, FG: Miscellaneous Keyboard Works; Haydn, FJ: Late Piano Sonatas, Nos. 59-62 (Hob.XVI: 49-52), among others) begins here a journey in the name of textual faithfulness. The piano is deprived of any romantic effects (thus, the avoidance of the use of pedals), nonetheless obtaining the character typical of the harpsichord/organ timbres.
The recording was made by using a calibrated pair of legendary Bruel & Kjaer microphones from the 1980s, part of the collection of producer Alessandro Simonetto.
âDedicated to the memory of harpsichordist and teacher Maestra Silvana Sebellinâ.