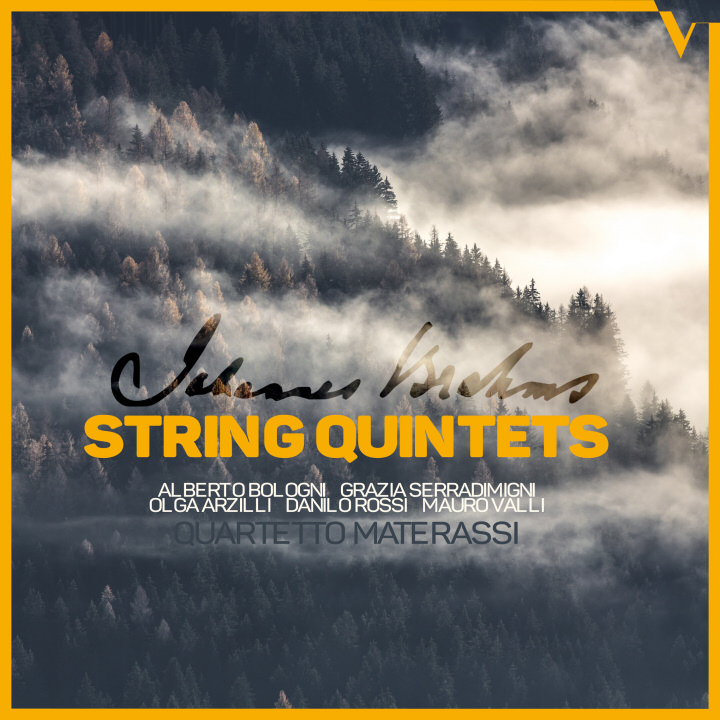 Johannes Brahms' String Quintet No. 1 in F major, op. 88, was composed in 1882. Brahms described the quintet to his friend Clara Schumann as "one of [his] finest works" and told Simrock, "You have never before had such a beautiful work from me." String Quintet No. 2 in G major, Opus 111 was published in 1890. It is known as the Prater Quintet. Brahms intended it to be his last piece of music.
Quartetto Sandro Materassi - for this occasion with notable violist Danilo Rossi - is one of the main string ensemble in Italy.
A natural recording by Michele Gaggia remastered at 24-bits by Alessandro Simonetto.