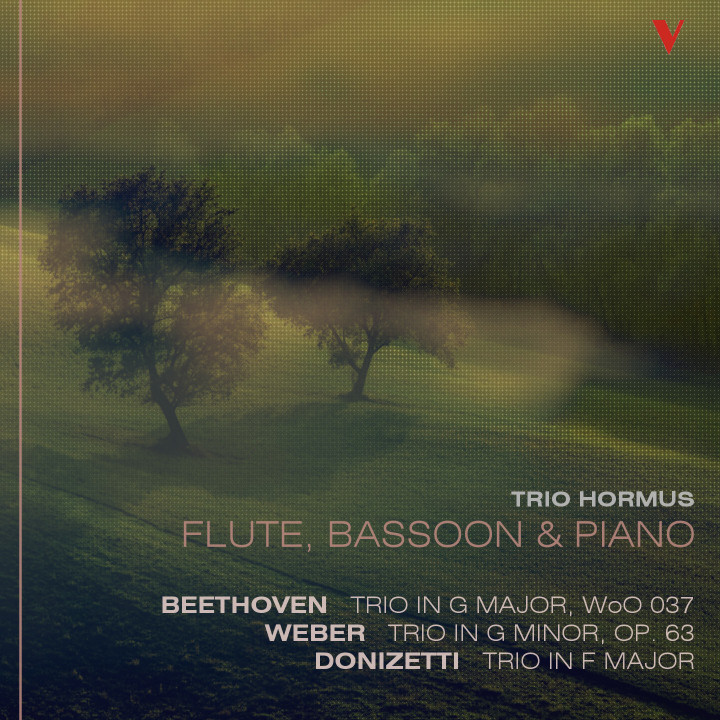 Three compositions written for the flute, bass and piano formation.
The Trio for Piano, Flute and Bassoon in G major, WoO. 37 by Ludwig van Beethoven was discovered amongst Beethoven's papers following his death. Believed to have been composed in his teens and demonstrating the influence of Mozart.
Trio for Piano, Flute and Cello in G minor, Op. 63, J. 259 was composed by Carl Maria von Weber in 1818-1819 and published the next year (1820). It is one of his most substantial chamber pieces.
Less known is the Donizetti's Trio in F major, for Flute, Bassoon and Piano. His Trio in F for flute, bassoon and piano is in two movements: a Larghetto followed by an Allegro.
Trio Hormus is a stable ensemble based in Rome; his members are first part at the prestigious Orchestra Santa Cecilia and the Conservatory in Rome.