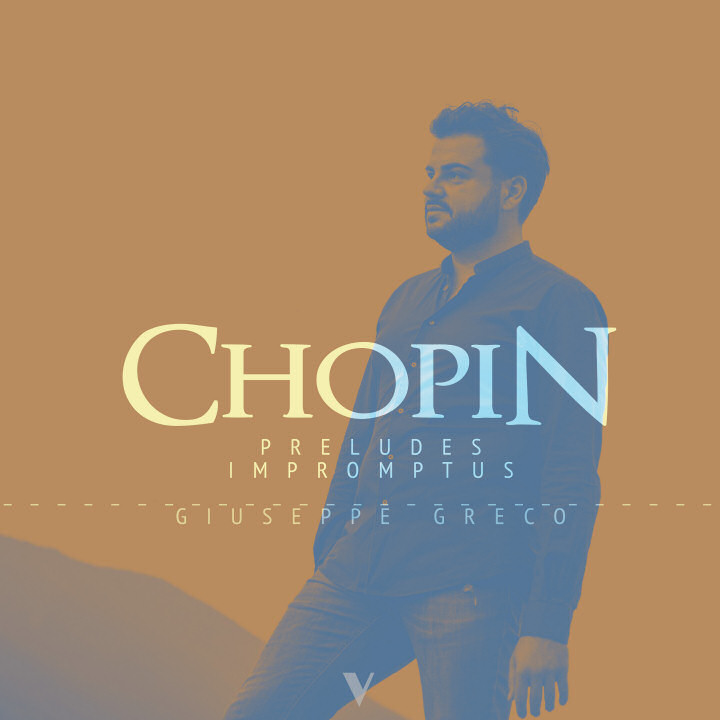 Born in Palagianello, near Taranto, in 1990, Giuseppe Greco began his piano studies at age 10. He graduated with distinction under the guidance of Vincenzo De Filpo at age fifteen at the Conservatorio E.R. Duni in Matera. He subsequently graduated from the prestigious Accademia di Santa Cecilia in Rome, studying with Sergio Perticaroli. At the same institution, he pursued a degree in chamber music, studying with Rocco Filippini and Carlo Fabiano.
Giuseppe Greco won a remarkable number of prizes, including the 27th Valter Cococcia Competition, Rome 2005; the 10th best graduates Italian Musical Festival in Castrocaro Terme; 4th Prize at Premio Venezia, Teatro La Fenice, Venezia, 2006. In 2009 he was the winner at the 47th 'Arcangelo Speranza' International Piano Competition in Taranto, and the following year he was selected to participate at the Chopin International piano Competition in Warsaw. In 2013 he was one of the selected contestants at the 14th Van Cliburn International Piano Competition, as well as the Busoni Competition. In 2014, he was the only Italian semifinalist at San Marino International Piano Competition.
Giuseppe Greco played as a soloist with orchestra in several Italian and European cities, including Fondazione âWaltonâ in Ischia, Sala Gervasio in Matera, Amici della Musica in Pantelleria, Tuscia Opera Festival in Viterbo, Paisiello Theatre in Lecce, TatÃ  in Taranto, Shalom Theatre in Empoli, Politecnico in Bari, Lingotto in Turin, Parco della Musica in Rome, Theatre des Varietes in Montecarlo, Auditorium San Micheletto in Lucca, Auditorium delle Clarisse in Rapallo, Almo Collegio Borromeo in Pavia, Sala dei Giganti in Padova, Auditorium Stillo in Crotone and Museum of Indipendence in Warsaw. He also performed for KIKAU Tourism and Culture in Massafra.
In 2010, Giuseppe Greco was been given âThe medalâ by the President of the Republic, Giorgio Napolitano. The following year, he was awarded a scholarship by the Yamaha Music Foundation of Europe as the best Italian pianist.
Mr. Greco plays in duo with notable pianist Bruno Canino, soprano Maria Laura Iacobellis, and violinist Davide Alogna. Giuseppe Greco is Professor of Piano at the Umberto Giordano Conservatory in Foggia.
This live performance took place during the AEVEA IPC (II/2020, onclassical.com/app/) and was recorded as HD/24-bits by producer and engineer Alessandro Simonetto by using 8 (eight) Bruel & KjÃ¦er and Neumann microphones. These recordings are part of the Aevea Piano Prize, and their sale are important in order to support future editions of the competition.