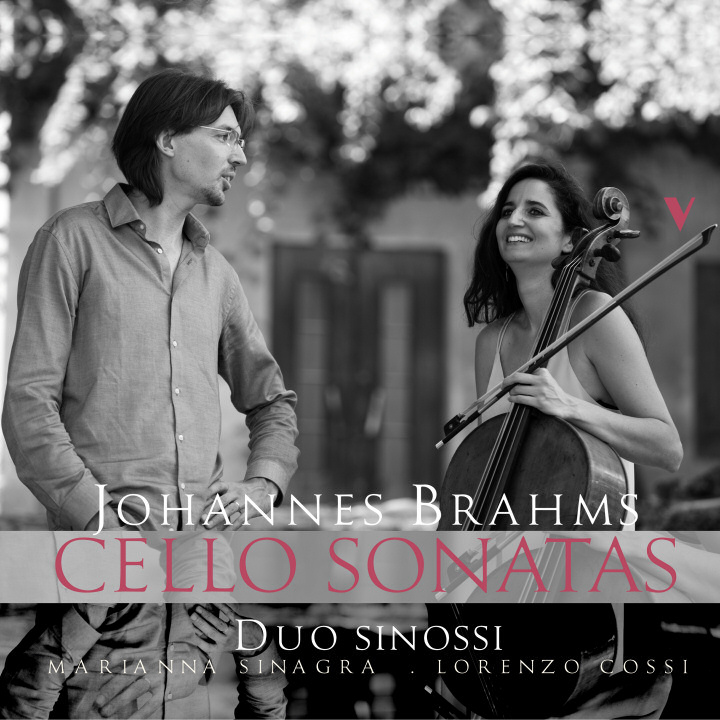 What were the models from which a composer could have drawn inspiration to write a sonata for cello in the second half of the nineteenth century? Probably Beethovenâs five works in the genre â especially the last three. Other composers wrote cello sonatas after the great master; among them were Mendelssohn and Chopin. Johannes Brahms naturally looked at Beethoven as a model for the first of two cello sonatas â a work in the key of E minor whose first two movements were written in 1862. Brahms uses Contrapunctus IV from Bachâs The Art of the Fugue as the ominous first theme of the opening movement, while the second theme is an epic-sounding motif presented as a canon between the two instruments in intriguing interactions. The second movement, a minuet in the key of A minor, evokes eighteenth-century grace and elegance. Written three years later, the third movement is a fugue whose subject is derived from Contrapunctus XIII from The Art of the Fugue. The sonata was premiered in 1865, but saw its publication only a year later as Opus 38 with a dedication to Josef GÃ¤nsbacher, an amateur cellist. Instrumentally idiomatic exchanges between the two instruments reveal the active contrapuntal nature of the piece. Robert Hausmann, the cellist of the Joachim Quartet, was responsible for the sonataâs success throughout Europe. In deference to Haussmannâs championing of the work, Brahms dedicated his second cello sonata to him.
It would take over twenty years for Brahms to devote his compositional efforts to another sonata for cello. In the key of F major, the sonata gained immediate success as work of great craftsmanship and inspiration. Published as Opus 99 in 1887, unlike its predecessor the sonata highlights highly symphonic writing in the piano part, particularly in the opening movement (Allegro vivace) where textural tremolos are used as a backdrop for effective melodic lines in the cello part. The second movement, Adagio affettuoso, offers varied exchanges between the two instruments, and an abundant use of pizzicato in the cello. The third movement, Allegro appassionato, is a scherzo that alternates acrobatic writing with dramatic melodic gestures. The rondo offers a glimpse into Brahmsâs late style of ensemble writing, with elegant exchanges between parts and refined textures in both instruments. Robert Haussmann premiered the work, and continued his collaboration with the composer as the soloist in Brahmsâs Double Concerto, Op. 102 a year later, alongside the violinist Joseph Joachim.
The Duo Sinossi formed by cellist Marianna Sinagra and pianist Lorenzo Cossi since 2009, offers a poetical and perfectly balanced rendition of the Brahms' masterworks.
The recording was made with two pairs of B&K microphones by producer Alessandro Simonetto.