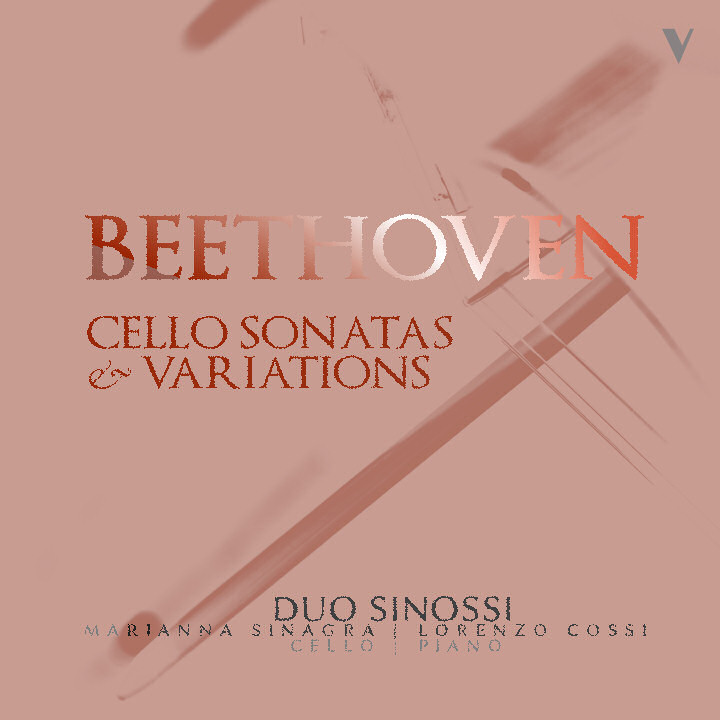 In the early 19th century and earlier, the instrumental sonata for ensemble that included piano was usually called "piano sonata with instrumental accompaniment". Beethoven's first violin sonatas, for instance, were published as "sonatas for piano with violin accompaniment." While most sonatas with cello from the 18th century were written for continuo, with the left hand of the keyboard part often doubling the cello, Beethoven is credited for composing some of the first works in the genre that featured a written-out piano part.
The first two cello sonatas that Beethoven composed were published as Op. 5 in 1796, and were dedicated to Friedrich Wilhelm II. They are thought to have been written with the celebrated cellist Jean-Louis Duport in mind. As the chronicles of the era report, they were played several times at court. The two Sonatas, Op. 5 are monumental in intentions, even if they are structured in two movements (in both compositions, the opening movement presents a lengthy introduction followed by a fast-paced movement in sonata form, which alludes to the presence of a third movement).
The third cello sonata, in the key of A Major and published as Op. 69, was written in 1808, and generally proposes more balanced and transparent writing than the previous sonatas. "Greater compositional technique allowed Beethoven the possibility of using fewer notes with confidence," wrote violinist Mark Kaplan. Cellist Steven Isserlis describes it as the first cello sonata in history to give the two instruments equal importance.
The two Sonatas, Op. 102 (Nos. 4 and 5) were composed between the end of 1812 and 1817. During that time, Beethoven was challenged by all sorts of difficulties, and experienced a period of literal and figurative silence. As his deafness became overwhelmingly profound, his productivity diminished. Following the A Major Sonata by seven years, the complexity of their composition and their visionary character marks (alongside the Piano Sonata in A Major, Op 101, written at the same time) the start of what is generally described as Beethovenâs âthird period.â
The Duo Sinossi, with Marianna Sinagra at the cello and Lorenzo Cossi at the piano, offers a reading of the five compositions, plus the three sets of variations, that underscores the richness of contrapuntal textures and instrumental brilliance.
The recording was made with two pairs of Sennheiser microphones.