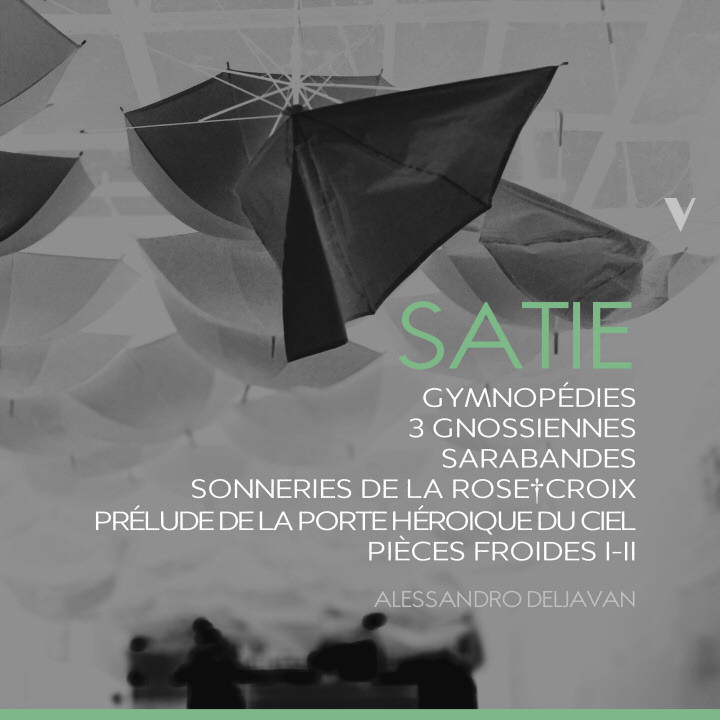 An eccentric and much-discussed figure, Eric Satie (1866-1925) anticipated modern tendencies through a style that his contemporaries viewed as uncommon and anti-academic, writing music that deliberately distanced itself from established standards of composition. He had an extraordinary influence on composers such as Debussy, Ravel, Poulenc, Auric, and Stravinsky, and became a point of reference for exponents of the French avant-garde of the turn of the century.
The present recording features early piano works, such as Trois GymnopÃ©dies (1888), Trois Gnossiennes (1890), Trois Sarabandes (1887), and Trois sonneries de la Rose?Croix (1891) â all works from the time in which he embraced the Rosicrucian faith. Here, the writing is often characterized by spare chordal sequences that support a reciting melody. Accompaniments offer a fascinating, timeless interplay of extended arpeggios and block chords, feeble sounds and brief silences. Among Satieâs best-known pieces, the GymnopÃ©dies are essentially slow waltzes. The simplicity and delicateness of these works gave Satieâs detractors the opportunity to label him as an amateur composer. But the authentic role of these brief pages went unnoticed: an elegant and contained sadness reaches in a direct and sublime way the sensibility of the listener. It is poetic music, able to create haunting atmospheres with its nonchalance and vague melancholy. Curiously, the notation of Trois sonneries de la Rose+Croix features no bar lines. Each section alternates a thematic line and an isolated accompaniment, ultimately brought together in different registers.
The PrÃ©lude de âLa Porte hÃ©roÃ¯que du cielâ (1894) was a piece composed as a prelude to a âdrame Ã©sotÃ©riqueâ written by Henri Antoine Jules-Bois, founder of the esoteric magazine Le Coeur. Its tones are ecstatic, with a simple melody that seems to evoke memories of ancient liturgical chants. The obsessive repetition of sonic blocks creates a sense of almost hypnotic calmness. âPiÃ¨ces froides,â written in 1897, are divided into two groups, each one comprising of three pieces. Unusually, the score does not include final double bar lines between pieces, perhaps intending for them to be heard as two larger pieces.
Italian pianist Alessandro Deljavan originally recorded this program dedicated to Satie in 2011. In addition to the original recording, this fully remastered version includes âPiÃ¨ces froidesâ recorded in 2013, and a live recording of Gymnopedie No. 1 captured in 2016. The original album made over 10 Millions listening through platforms Spotify and Apple Music.