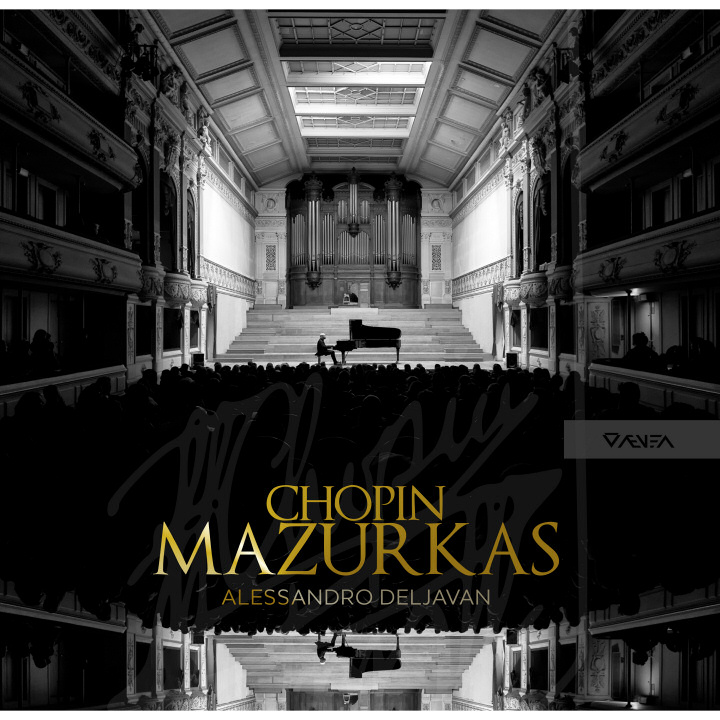 Many pianists have challenged themselves with the task of recording FrÃ©dÃ©ric Chopin's complete mazurkas, but few managed to do so with the elegance and profundity achieved by the brilliant Italian pianist Alessandro Deljavan in this extraordinary two-CD set. Over the span of two decades, Chopin wrote at least fifty-eight mazurkas. Forty-five of them were published during Chopin's lifetime - only four of them without opus numbers. Thirteen of them appeared posthumously, eight of which with posthumous opus numbers.eleven other mazurkas are known, and their manuscripts are either in private hands (two of them) or have not been located.
Proposed in this set in their chronological order, from the composer's early attempts in his teenage years to the mature works of the mid- to late 1840s, in the mazurkas Chopin confesses his deepest feelings - from pride to nostalgia, from longing to patriotism. Chopin was able to transform the mainstream role of the dance as it was heard in 1820s Poland into an entirely new genre, bringing it from the ballroom to the concert platform. As an idea, it inspired generations of composers.
The recording, captured by engineer Alessandro Simonetto via 3 Sennheiser small-diaphrams in the common Decca Tree technique, offers a completely natural sound, as heard in its original environment. This new release offers a re-mastered version made from the original recording-session.