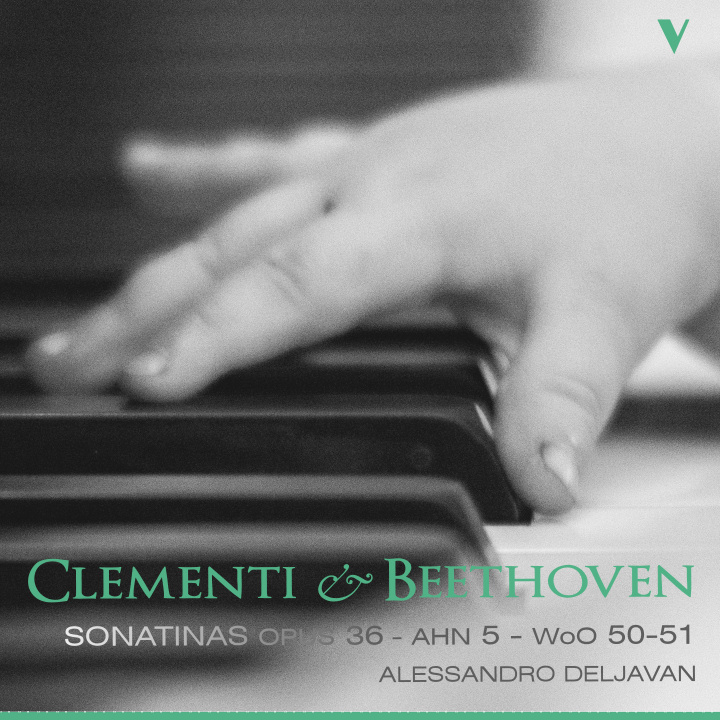 The Sonatinas Op. 36 by Muzio Clementi are a must for any piano student and amateur pianist. Written in strict classical form, they are amongst the easiest pieces by the composer, but also some of the most pedagogically representative compositions ever written. The Sonatina No.1 became so well known during the ninettenth century that in 1917 Eric Satie mocked it in a disrespectful parody - the "Sonatine bureaucratique." Another interesting fact: the last movement of Sonatina No. 5 was quoted almost verbatim by pop songwriter Phil Collins (amongst the others) in his song "A Groovy Kind of Love".
The Beethoven's little works are equally known to young students - in particular the Two Sonatinas Ahn. 5; here, the Beethovenian spirit can be noticed despite their brevity.
Alessandro Deljavan present an enthusiastic and lively reading of these works. He adds some embellishments which, though not written, are typical of the performance style of the late eighteenth and early nineteenth century.