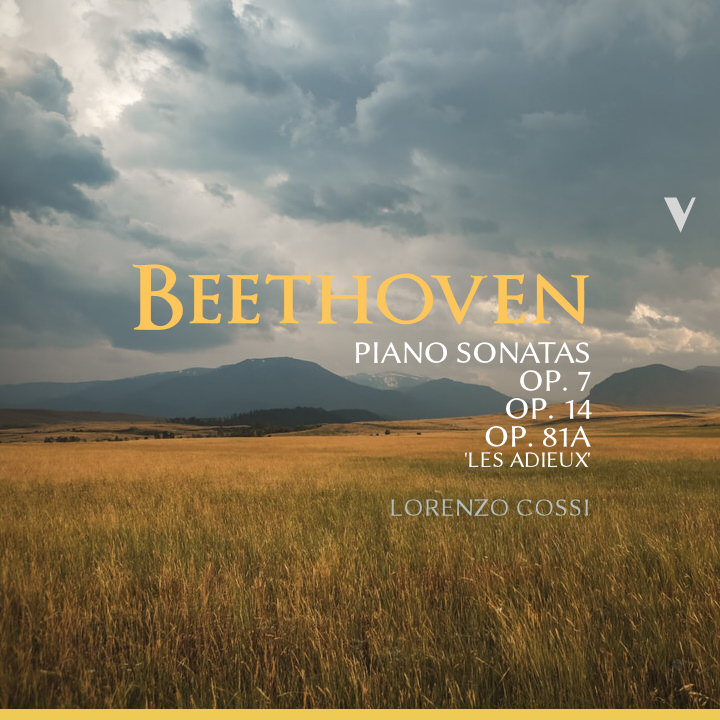 With the Sonata in E-flat Major, Op. 7, published by Artaria âfor harpsichord and pianoâ in 1797, Beethoven expands the scope of keyboard technique and structural proportions. Indeed, some of the passagework in the outer movements must have been prohibitive to most amateur pianists; and the length of the sonata, at the time, made it the longest work for piano ever published, and the second longest sonata Beethoven composed (the record goes to the Sonata in B-flat Major, Op. 106 âHammerklavierâ). Metric displacements and violent dynamic contrasts inform the opening movement, while the prayer-like Adagio is possibly one of the most extraordinary achievements of Beethovenâs youth. The Allegro that follows, light and playful, is interrupted by a stormy âminoreâ section that was most likely the inspiration for the first of Schubertâs KlavierstÃ¼cke, D 946. The melodious but challenging Rondo closes the sonata, unexpectedly, in a murmur.
The two Sonatas, Op. 14 were published by Artaria as a set in 1799, and show a Beethoven less concerned with structural expansion and technical display. However, the iconoclastic spirit that informed earlier explorations in the genre is preserved, in particular in the way harmony and dialectics between thematic materials are developed. The first of the two works, in the key of E Major, was transcribed as a string quartet in the key of F major. Of note, the middle movement. The second sonata, technically perhaps slightly more ambitious than the first, features a lighthearted march followed by variants as a middle movement (at the very end, however, Beethoven startles us by placing a dramatic fortissimo chord), and a humorous Scherzo characterized by continuous metric displacements as a closing movement â all elements that must have been considered rather unusual at the time.
In May 1809, the French army led by NapolÃ©on Bonaparte attacked Vienna. The failed invasion of Bavaria, perpetrated by the Austrians, set the stage for what is remembered today as the Franco-Austrian War. Alarmed by the imminent siege of the royal palace, the imperial family furtively fled the capital. Beethoven was greatly apprehensive: Rudolf, the emperorâs son, then twenty years old, shared a keen friendship with him, and was also the provider of a substantial yearly allowance to the composer. It was in the sketches of the first movement of the Sonata in E-flat Major published in 1811 as Op. 81a, that Beethoven made a direct reference to Rudolfâs departure, both in the inscription âThe Farewell â 4th May â dedicated from the heart to His Imperial Highness,â and through overt programmatic elements in the titles of the three movements â âThe Farewell,â âThe Absence,â and âThe Return.â
Young Italian pianist Lorenzo Cossi has devoted the past few years to learning the complete piano works of Johannes Brahms. The present all-Beethoven album follows the recording of the complete works for cello and piano of the composer. It album was recorded at Saletta Acustica 'Eric James' by engineer Alessandro Simonetto, using BrÃ¼el & Kjaer 4006 microphones.