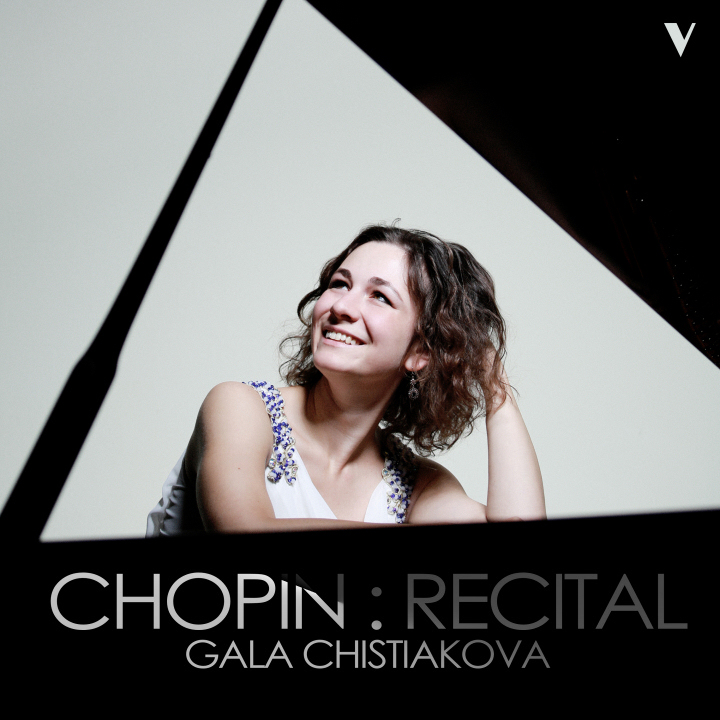 In this new album, Russian pianist Galina Chistiakova offers a program that spans Chopinâs entire compositional career, from the early Mazurkas, Opp. 6 and 7 to the pinnacle of extraordinary pianism that is the Barcarolle, Op. 60. Chistiakova chose to alternate each of the three major works she selected with a set of mazurkas, contrasting the magnificence of large forms with brief, often intimate pages.
In both the Ballade, Op. 47 (1841) and the Barcarolle, Op. 60 (1845-46), Chopin experiments with a new approach to ternary structure, hinting at the juxtaposition found in the sonata form, but expanding the scope of thematic development by introducing two motifs presented in utter simplicity, often in piano or pianissimo, eventually recapitulated and re-proposed in symphonic incarnations in forte or fortissimo. The brilliant intuitions presented by the Scherzo in E Major, Op. 54 (1843) open the road to new compositional and pianistic insights. Here, the A-B-A form is expanded, and the ever-changing harmonic scheme is perhaps a window into the compositional advances of the second half of the nineteenth century.
The mazurkas accompanied Chopin throughout his life. They represent a lyrical diary â a confession of his unending love for his motherland. The mazurkas presented in this album belong to the first seven years of Chopinâs activity as a published composer. Opp. 6 and 7 (1830-31) were gathered as sets without a specific structural plan; both sets Opp. 24 and 33 (1835 and 1837-38, respectively) show the intention to create an overall crescendo, with the last mazurka being the longest and most complex. Upon publishing Opp. 6 and 7, Chopin specified that these works were not meant for dancing, in order to distinguish them from the ballroom music that was being published at the time. It is a significant gesture, as it indirectly gives way to a new art form, elevating the mazurka and dance music to unsuspected heights.
Gala Chistiakova, a rising talent in todayâs musical landscape, recorded this Chopin album in May 2018. The sound was captured by recording engineer Alessandro Simonetto, using four historical microphones B&K.