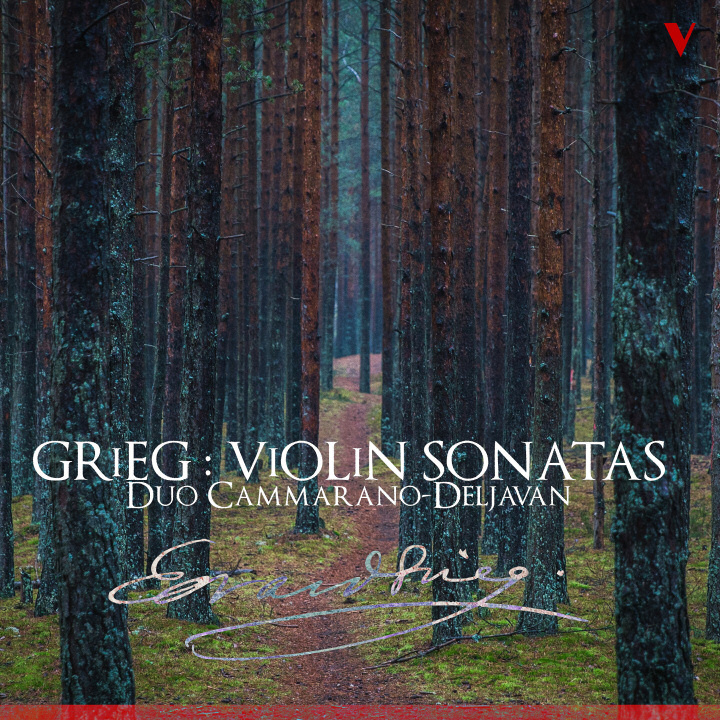 The 3 Violin Sonatas by Edvard Grieg are a mixture of German and Austrian traditions with the Nordic folk. The experience at the Leipzig Conservatory, where the strong influence of Felix Mendelssohn Bartholdy and Robert Schumann was felt, and the trips to Italy, especially Rome, where Grieg met Franz Liszt, contributed greatly to the formation of the style of the Norwegian composer. Similarly of crucial importance were the years he spent in Copenhagen where he completed his studies under the guidance of the Danish composer Niels W. Gade.
The complete Sonatas for violin and piano are included in this album signed by the well-matched duo Cammarano-Deljavan.

Cammarano and Deljavan have a very different vision. They offer Grieg on a grand scale. This is passionate music, played aggressively. They bring these sonatas into the world of Griegâs String Quartet, with brooding, double-stopped romanticism. ‐Richard Kraus

Commendable, thoughtful readings, rising to the various challenges of the fast movements and responding well to the abundant lyricism in the slower ones. Their characterisation [and] expansive expressive range are especially admirable. ‐Robin Stowell