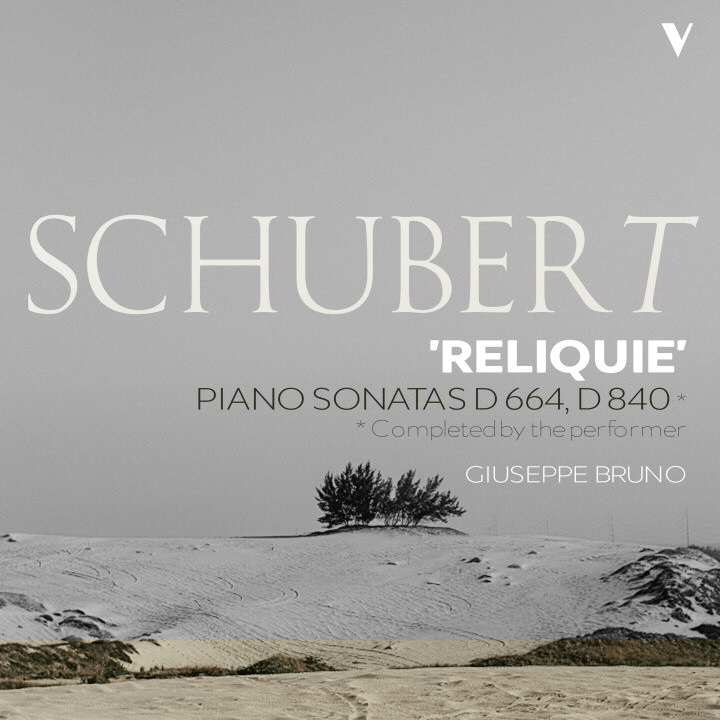 In this first album of a series devoted to the complete piano sonatas of Franz Schubert, Giuseppe Bruno interprets the Sonatas in A Major, D 664 and in C Major, D 840.
The Sonata in A Major is possibly the composerâs first breakthrough in the genre. After many attempts, some of which have survived as incomplete sonatas or unfinished movements, Schubert seems to find his own voice in a form in which Beethoven had already been an uncontested model for two decades. In the summer of 1819, Schubert joined his baritone friend, Johann Michael Vogl, in a trip to the Austrian countryside, in the region of Steyr. It was here that he allegedly wrote the Sonata in A Major, inspired by the young pianist Josephine von Koller, whom he considered not only to be very pretty, but also a good pianist. The sonata was published posthumously in 1829 as Op. 120, and is often referred to as âthe little A Majorâ to distinguish it from the monumental sonata in the same key that Schubert wrote nearly a decade later.
For quite some time after its posthumous publication in 1861, the Sonata in C Major, D 840 was considered to have been Schubertâs last work â hence, its Italian nickname âreliquieâ (relics). The assumption stemmed from the fact that only two movements were completed, and that only unfinished portions of the A section of the third movement and 272 measures of a fourth movement were discovered in manuscript form. Further investigation, however, revealed that the sonata was most likely written in 1825, contemporaneously with the Sonata in A Minor, D 845, and perhaps abandoned to pursue the composition of other works. It is also possible that Schubert did not deem it worthy. Over the last century and a half, many were the composers and pianists who undertook the task of completing the missing portions of the two movements, most notably Ernst Krenek (1921-22) and Paul Badura-Skoda (1976).
The present recording showcases Giuseppe Brunoâs own completion â a remarkable achievement to add to an already illustrious list.
The album was recorded with two BrÃ¼el & KjÃ¦er microphones at 130 volts on a Steinway D-274.