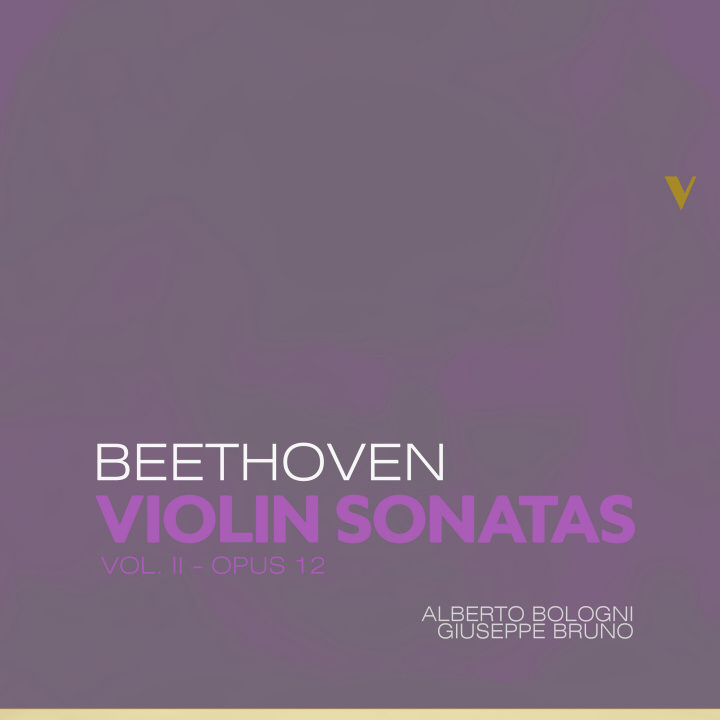 Dedicated to Antonio Salieri, the Three Sonatas for Piano and Violin, Op. 12 were published in 1798, and part of an extremely prolific period in which Beethoven wrote and published feverishly. It was a matter of establishing himself as a prolific composer of genius, and he somehow managed to maintain the quality of everything he wrote to great standards. It may seem as if the three new sonatas were modeled after Mozartâs mature works in the genre, but they already show distinct original traits. The partnership between the two instruments is appropriately balanced: the violin is no longer relegated to an obbligato role, and the dialogue between instruments integrates active melodic and contrapuntal exchanges. Unlike many of their 18th-century antecedents, a certain degree of technical virtuosity is essential in these works.
Beethoven preserves the traditional scheme in three movements, with sonata-form first movements, slow middle movements, and rondo-form finales. The first sonata offers a glimpse into innovative ideas, as its slow movement is a theme and variations. The third sonata, instrumentally the most ambitious, aspires to technical solutions that echo the richness of the orchestral textures found in the contemporaneous first symphony.
The duo formed by violinist Alberto Bologni and pianist Giuseppe Bruno is one of the most long-standing ensemble on the Italian scene. During thirty five years of activity together, in which they have performed hundreds of concerts, we are happy to announce two important recordings made for our label, OnClassical: and, yes, the first is dedicated to Ludwig van Beethoven. This four-volume cycle, containing all Beethoven's ten Violin Sonatas, the duo gives an analytical and refined reading, highlighting the compositional complexity of each work.
The recordings was made by sound engineer Alessandro Simonetto using a historical pair of BrÃ¼el & KjÃ¦r microphones matched with Prism Sound pres and converters equipments. The outcome is a clean and natural sound.