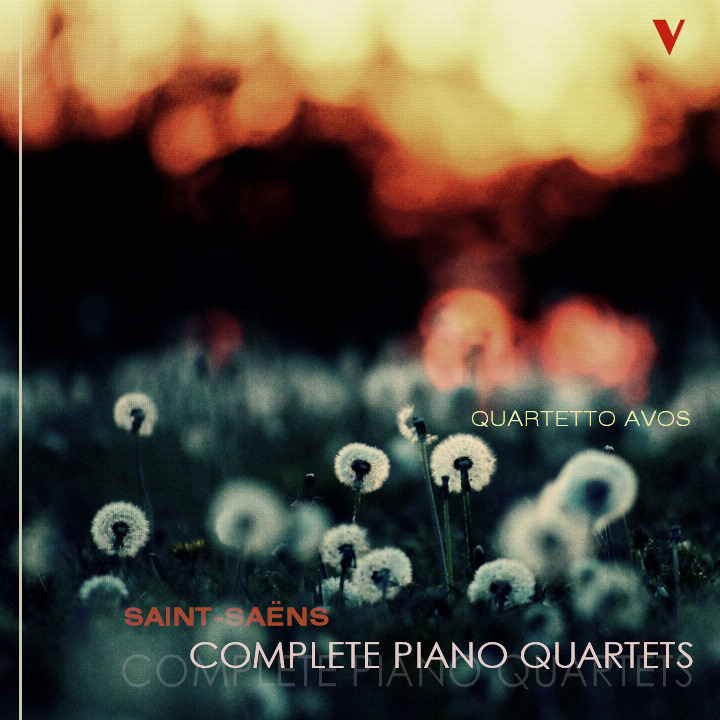 Camille Saint-SaÃ«ns (1835-1921) was a tireless traveler, during his life took care of literature, poetry, mathematics, science and natural phenomena, archeology, astronomy and botany. His entire production is kaleidoscopic: he experiences new aspects of music, such as the sound of the first ever soundtracked film when he was over seventy (L'Assassinat du duc de Guise, 1908).
This album includes the complete piano quartets by the composer. The first, written between 1851 and 1853, was published a year after his death. It is an early work with references to Liszt and Schubert.
Quartet decidedly more mature his Op 41, composed in 1875, and considered one of the cornerstones of French chamber music together with Franck and FaurÃ© works.

The audio quality of this disk is squarely in the demonstration class, the performing ensemble is at the top of its game, and the result is a real jewel of a chamber music recording. Highest recommendation! ‐Henry S.

A phenomenal group of players! I just have two requests. One to Brilliant Classics: please license and produce the Avosâs Mozart disc; and one to the Quartetto Avos: please give us as much of the piano quartet literature as you can. ‐Jerry Dubins