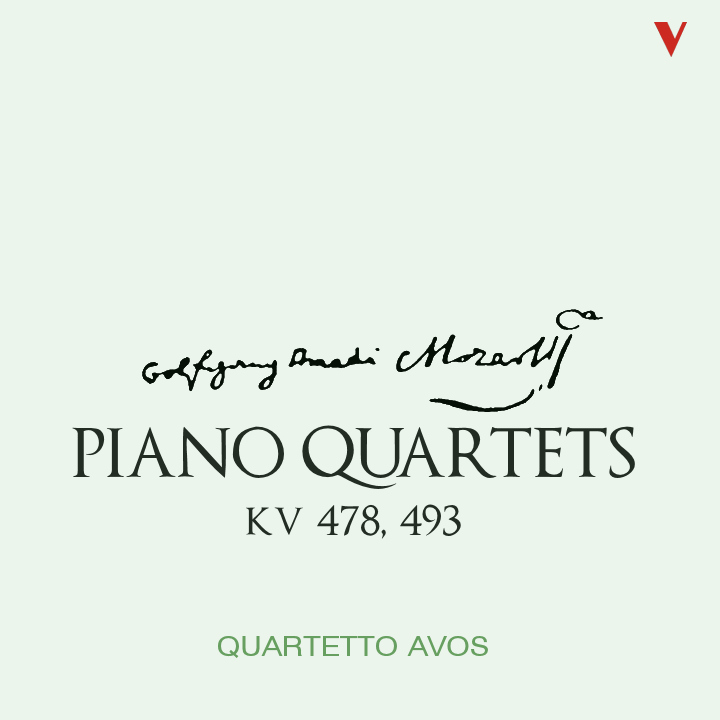 Mozart received a commission for three quartets in 1785 from the publisher Franz Anton Hoffmeister. Hofmeister's fear that the work was too difficult for amateurs so he released Mozart from the obligation of completing the set. Nine months later, Mozart composed a second quartet. Those are the Piano Quartets KV 478 in G minor and KV 493 in E-flat major.
At the time the piece was written, the harpsichord was still widely used. Although the piece was originally published with the title 'Quatuor pour le Clavecin ou Forte Piano, Violon, Tallie [sic] et Basse,' stylistic evidence suggests Mozart intended the piano part for 'the 'Viennese' fortepiano of the period' and that our modern piano is 'a perfectly acceptable alternative.'
The Saint-Saens album, released for renowned label Brilliant Classics, was internationally welcomed with reviews as well as the following: "I can't begin to describe what unanimity of voicing, romantic passion, and alertness and keenness of technical execution they bring to these scores. And the cherry on the top is a recording of transparency and sharp focus the likes of which Iâve rarely heard." (Fanfare); and kudos on the sound quality: "Technically and sonically perfect" (klassik.com).